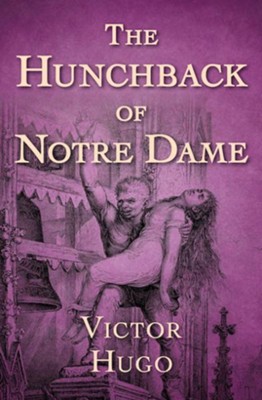 One of the most beloved gothic romances ever written, and a poignant evocation of life in medieval Paris and the grand towers of the Notre Dame Cathedral.

Hated by the people of Paris for his deformity, bell ringer Quasimodo lives in Notre Dame Cathedral by the good graces of his guardian, Archdeacon Claude Frollo. But Frollo’s commitment to Christian charity is giving way to his obsession with a young gypsy girl named Esmerelda. Driven to win her over at any cost, Frollo turns from his faith to practice alchemy. When Quasimodo is tortured and publicly humiliated for his part in Frollo’s scheme, Esmerelda alone shows him pity. And when she is wrongly accused of a crime, only Quasimodo can provide the sanctuary she needs.

Originally published under the title Notre-Dame de Paris, Victor Hugo’s tragic story of love and persecution has been adapted into numerous films, stage plays, and other mediums. Famous for its epic depiction of Paris and people of all walks of life, this classic tale inspired the works of novelists Honor&eacute; de Balzac, Gustave Flaubert, and Charles Dickens, among others.