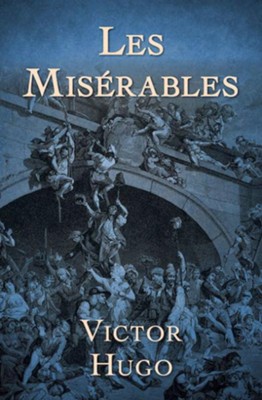 The novel that inspired the beloved Broadway musical: Jean Valjean’s immortal adventure among the dispossessed of nineteenth-century Paris.

Widely considered Victor Hugo’s masterpiece, Les Mis&eacute;rables is both an epic story and a penetrating social criticism of nineteenth-century France. In this tale of crime, punishment, love, and the pursuit of justice, we meet some of the most unforgettable characters in literature, including Jean Valjean, the heroic peasant arrested for stealing a loaf of bread; Cossette, the abused daughter of a prostitute; and Inspector Javert, the policeman who relentlessly hounds Valjean at every turn. With encyclopedic sweep, Hugo’s novel investigates topics ranging from the construction of Parisian sewers to the Battle of Waterloo.

First published in 1862, Les Mis&eacute;rables has inspired numerous film adaptions as well as the long-running stage musical by Claude-Michel Sch&ouml;nberg. It is, in the words of Upton Sinclair, "one of the half-dozen greatest novels in the world."