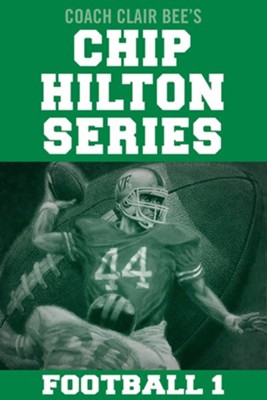 As a member of the freshman football team at State University, Chip Hilton encounters cliques, rivalries, and a conspiracy by the Booster Association to favor some players over others.

A Pass and a Prayer –

The final season of team captain Chip's football career at Valley Falls High finds him fighting a new coach, who threatens to destroy the fair play, sportsmanship, and good citizenship that have made his team great.

Chip takes a job at a summer camp and meets a talented athlete who may be joining him on the football team at State University, and whose arrogance hides a secret problem.