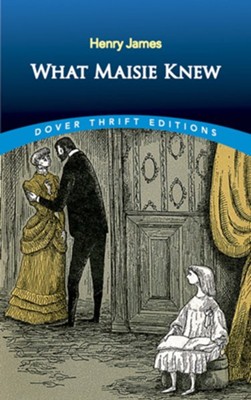 At first, Maisie didn't know much — she was only six years old when her mother and father divorced. Her embittered parents shared custody, using the child as a pawn in their struggles. Neglected and exploited, Maisie shuttled back and forth between their homes. The things she saw and overheard, as her elders re-married and conducted adulterous affairs, hastened her growth from early childhood to a precocious maturity.
Rather than offering a gloomy tale of innocence corrupted, What Maisie Knew abounds in dark humor and savage wit. Henry James takes particular aim at the mores of the English upper classes in his tale of a sensitive little girl and her spirited reaction to irresponsible, self-absorbed adults. Written in an era when divorce was far less common than it is today, this 1897 novel is strikingly modern in its subject and narrative voice.