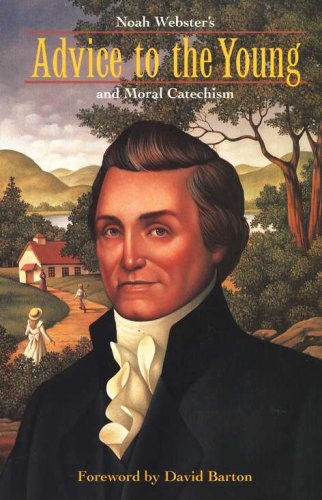 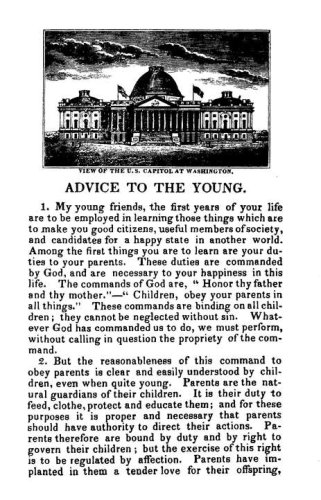 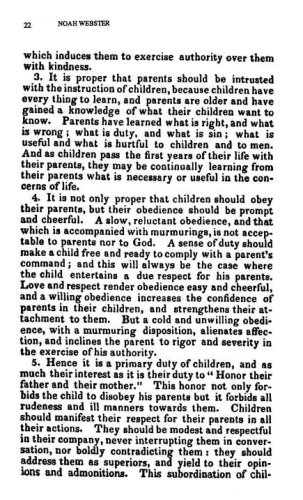 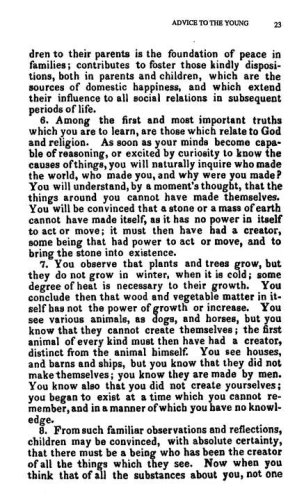 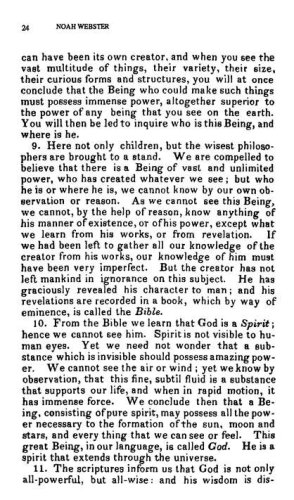 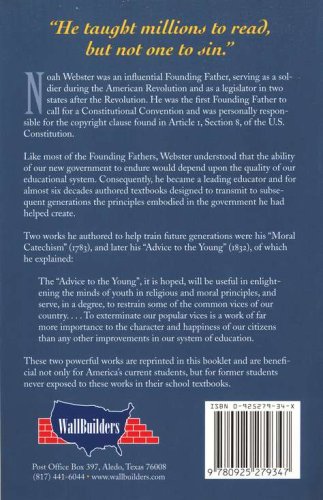 Noah Webster was an influential Founding Father, serving as a soldier during the American Revolution and as a legislator in two states after the Revolution. He was the first Founding Father to call for a Constitutional Convention and was personally responsible for the copyright clause found in Article I, Section 8, of the U.S. Constitution. Like most of the Founding Fathers, Webster understood that the ability of our new government to endure would depend upon the quality of our educational system. Consequently, he became a leading educator and for almost six decades authored textbooks designed to transmit to subsequent generations the principles embodied in the government he had helped create. Two works he authored to help train future generations were his "Moral Catechism" (1783), and later his "Advice to the Young". These two powerful works are reprinted in this booklet and are beneficial not only for America's current students, but for former students never exposed to these words in their school textbooks. Recommended for ages 10 and up.