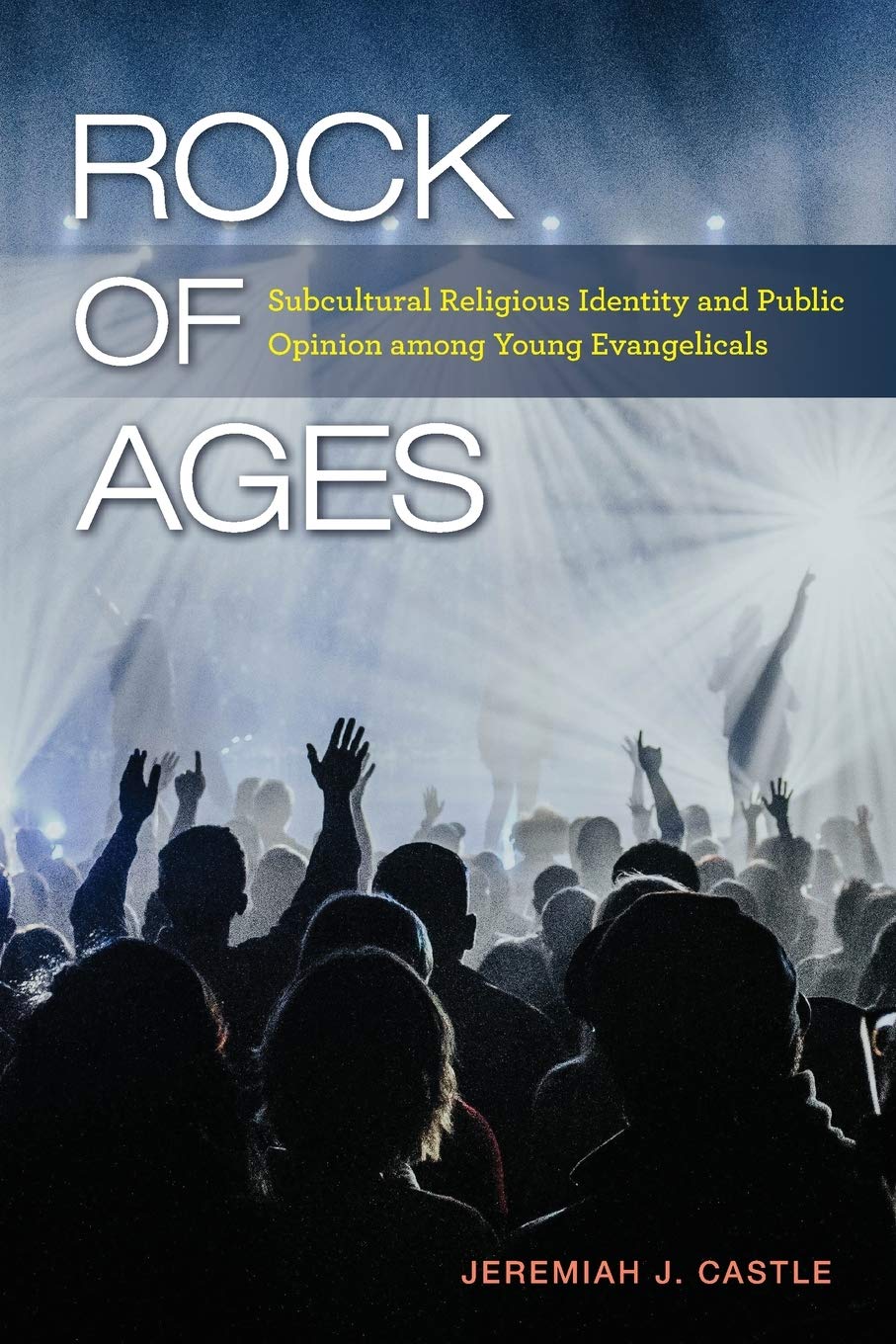 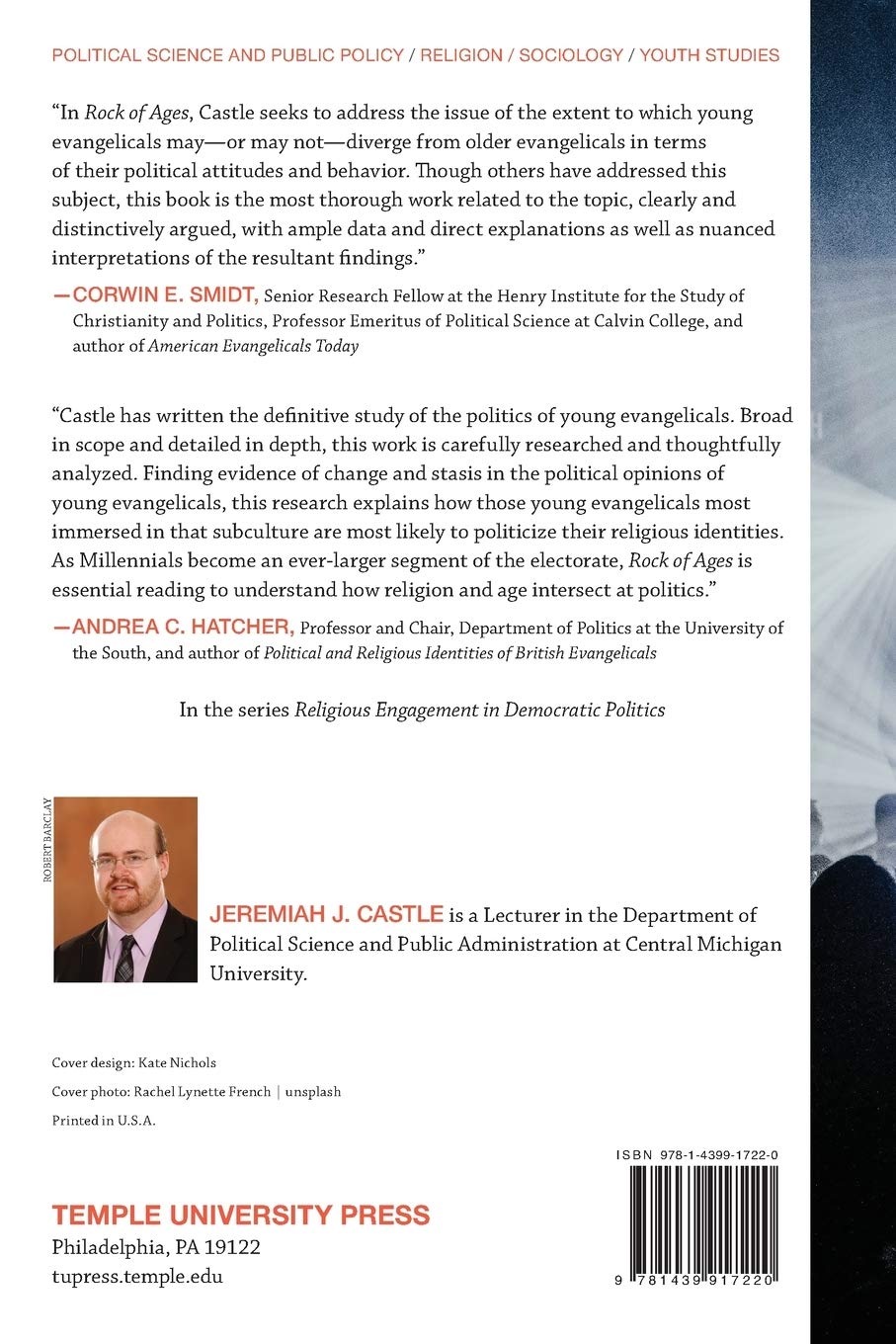 Evangelicals and Republicans have been powerful—and active—allies in American politics since the 1970s. But as public opinions have changed, are young evangelicals’ political identities and attitudes on key issues changing too? And if so, why? In Rock of Ages, Jeremiah Castle answers these questions to understand their important implications for American politics and society.

Castle develops his own theory of public opinion among young evangelicals to predict and explain their political attitudes and voting behavior. Relying on both survey data and his own interviews with evangelical college students, he shows that while some young evangelicals may be more liberal in their attitudes on some issues, most are just as firmly Republican, conservative, and pro-life on abortion as the previous generation.

Rock of Ages considers not only what makes young evangelicals different from the previous generation, but also what that means for both the church and American politics.