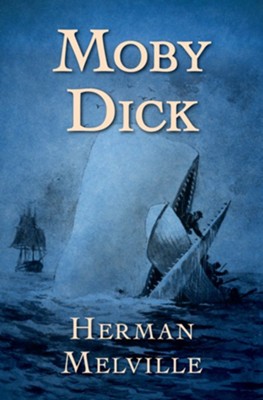 This nineteenth-century classic is at once a thrilling adventure, a timeless allegory, and "the greatest of American novels" (The Atlantic Monthly).

Despite strange warnings, Ishmael, a young schoolteacher from Manhattan, signs up for a voyage aboard the Pequod, a whaling ship departing from New Bedford, Massachusetts. While on shore, he strikes up a friendship with Queequeg, a tattooed South Seas cannibal. The unlikely friends are hired for the journey—only to discover their commander will be Captain Ahab, a brooding, one-legged, tyrannical old man fixated on avenging Moby Dick, the great white whale who crippled him.

Along with the rest of the crew, including unforgettable characters like the intellectual first mate Starbuck who risks standing up to Ahab, cheerful second mate Stubb, and African harpooner Daggoo, Ishmael sets out for a hair-raising adventure laden with danger and nameless horrors. As they dare to challenge God’s most dreaded creation and nature’s indifference to human survival, their fate lies with their monomaniacal captain, whose obsession can only lead to tragedy.

Considered a masterpiece of American literature, Moby Dick—from its famous first line, "Call me Ishmael," to its dramatic climax—has fascinated generations of readers.