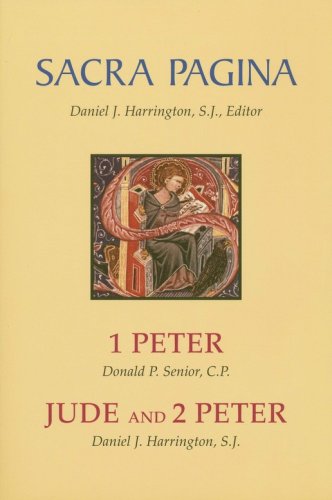 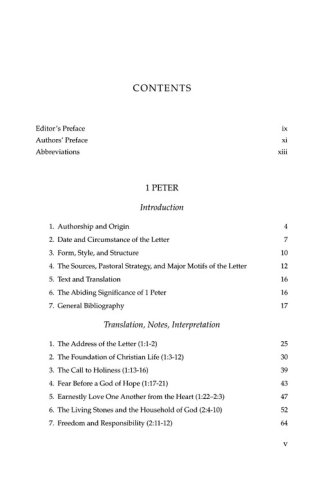 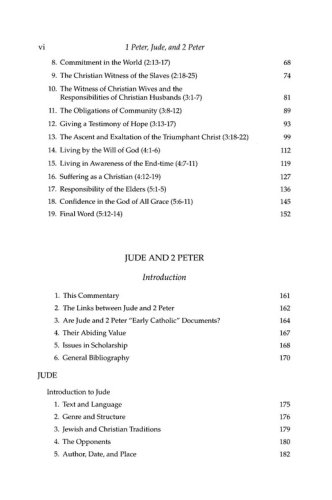 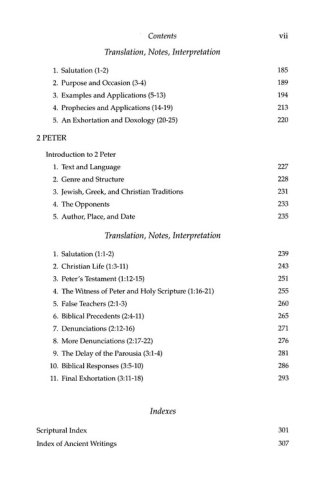 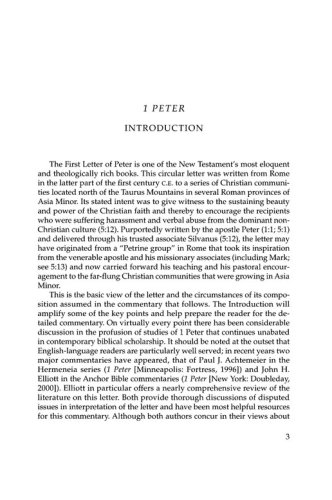 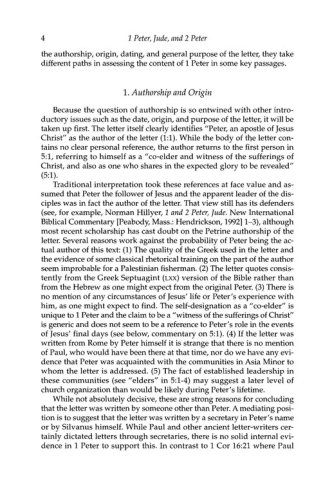 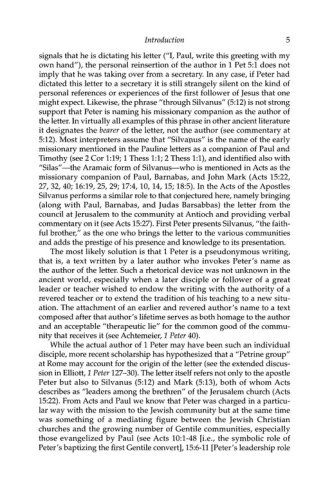 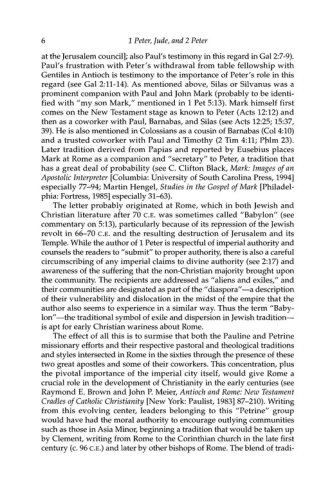 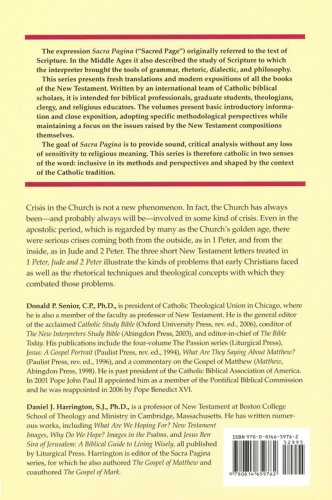 Crisis in the church is not a new phenomenon. In fact, the church has always been – and probably always will be – involved in some kind of crisis. Even in the apostolic period, which is regarded by many as the church's golden age, there were serious crises coming both from the outside, as in 1 Peter, and from the inside, as in Jude and 2 Peter. The three short New Testament letters treated in 1 Peter, Jude and 2 Peter illustrate the problems early Christians faced, as well as the rhetorical techniques and theological concepts with which they combated those problems.

In the first part of this volume, Donald Senior views 1 Peter as written from Rome in Peter's name to several churches in northern Asia Minor – present-day Turkey – in the latter part of the first century C.E. The new Christians addressed in 1 Peter found themselves aliens and exiles in the wider Greco-Roman society and suffered a kind of social ostracism. But they are given a marvelous theological Vision of who they have become through their baptism and pastoral encouragement to stand firm. They are shown how to take a missionary stance toward the outside world by giving the witness of a holy and blameless life to offset the slander and ignorance of the non-Christian majority and possibly even to lead them to glorify God on the day of judgment.

In the second part of this volume, Daniel Harrington interprets Jude and 2 Peter as confronting crises in the late first century that were perpetrated by Christian teachers who are described polemically as intruders in Jude and as false teachers in 2 Peter. In confronting the crises within their churches, the authors appeal frequently to the Old Testament and to early summaries of Christian faith. While Jude uses other Jewish traditions, 2 Peter includes most of the text of Jude as well as many distinctively Greek terms and concepts. It is clear that for the authors, despite their different social settings, what was at stake was the struggle for the faith.

Donald Senior, CP, is a professor of New Testament studies and president of Catholic Theological Union in Chicago. He was recently appointed by Pope John Paul II to the Pontifical Biblical Commission. General editor of The Bible Today, he also co-edited The Collegeville Pastoral Dictionary of the Bible and the 22-volume international commentary series New Testament Message, and he wrote the four-volume The Passion series published by The Liturgical Press.