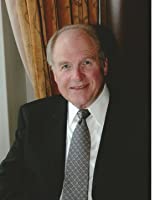 Wallace Henley was born in Birmingham, Alabama, December 5, 1941, two days before the Pearl Harbor attack. He has been married to his wife, Irene, for more than 50 years. They have two children, six grandchildren, and one great-grandchild. In 1973 the Associated Press awarded Henley for his coverage of the civil rights movement. He worked as an aide in the Nixon White House, and also as a congressional staffer. Henley is Senior Associate Pastor at Houston’s 68,000-member Second Baptist Church, and a columnist for The Christian Post, the world’s largest Christian daily newspaper. Henley has conducted leadership conferences in 22 nations. He is a member of the board of the Center for Christianity in Business at Houston Baptist University, and is an adjunct professor in worldview studies at Belhaven University, given its top award in 2014 for “excellence in classroom teaching.” He has authored more than 20 books. He holds BA and MA degrees, and an honorary doctorate.